Lobsters are some of the most bizarre and fascinating animals on the planet and they also aren’t something we see often in our day-to-day lives. This makes it all the weirder when we happen to dream about lobster claws chasing us or a lobster talking to us on the street. What even does something like that mean? Here are 10+ possible meanings to consider. 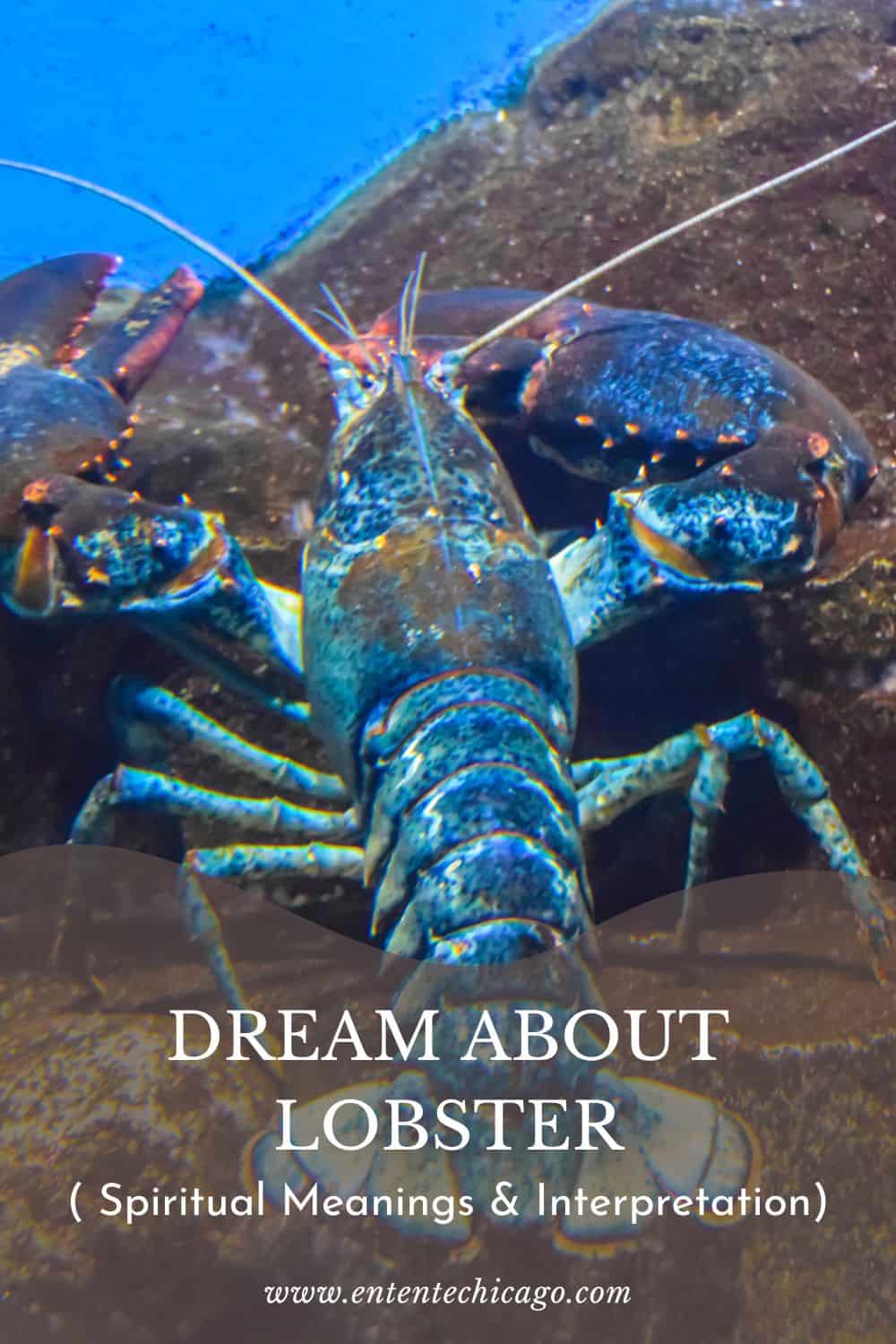 What does a dream about a lobster mean?

Lobster dreams have interpretations in many different cultures and religions around the world. Most have to do with predictions about the future and spirituality but are there any interpretations that just look at the psychological and real-life possibilities surrounding a lobster dream?

1. You want to eat some seafood

First things first, let’s get the obvious out of the way – dreaming about food, especially rare, exotic, or very specific food, almost always means that you just have a hunger for it. Of course, if this is the case, you likely won’t be looking for possible dream interpretations. Still, sometimes, we genuinely don’t understand what our subconscious is telling us even when it’s that simple.

2. You’re dreaming of a specific place

Another very common interpretation is that by showing you a specific scene, your subconscious mind is playing the association game with you. For example, did you love that lobster salad you had in Greece a couple of summers ago? A dream about a lobster salad can simply mean that you miss Greece’s crystal-clear waters and secluded beaches.

3. You feel you’ve been touched by an unexpected boon of luck

On the more spiritual side of things, a dream about a lobster is often seen as a good luck fortune, a sign that you’ll get a reward for your talents and your passion with extra income, that you’ll be surrounded with positive influences that will help you get the fruit of your labor and achieve your best self, and so on.

Does the fact that the lobster is a symbol of good luck and inspiration necessarily mean that’s what your dream meant, however? Not necessarily, of course. Although, if you do believe in such spiritual interpretations and you’ve been hoping or feeling that you will be – or that you are being – touched by a good luck boon, your subconscious mind may just be using this symbolism you already believe in to tell you how you feel.

4. You’re terrified that something otherworldly is threatening you

Some of us not only don’t see lobsters as good luck charms or as delicious food but rather view them as terrifying beasts they don’t want to deal with. If that sounds like you and if you’ve recently had a dream about a lobster attacking you, this may be a warning sign that you’ve been afraid of some weird things recently.

A dream of a lobster bite on your throat or giant lobster claws gripping you in an inescapable embrace can be outright terrifying. This indicates a fear that’s far from ordinary – you likely fear that something extra special, scary, and unusual is after you.

Whether that fear is justified or not, we can’t know. However, we do know that such extreme fears – often a type of fear itself – need to be looked into as soon as possible.

As crustaceans, lobsters are also seen to symbolize change, metamorphosis, and the transition from one stage of life into the next. If you see them that way and you’ve recently had a dream about a lobster changing its shell – or even just a lobster chilling beside you – this likely indicates an acceptance that a new phase of your life is beginning.

6. You’ve been having to adapt to a lot of things in your personal life

Change is one thing but the need for frequent adaptation is another. This type of dream is usually less pleasant and comes with a feeling of tiredness and discontent. This discontent can come from the lots of minor annoyances that have been plaguing your workplace or personal life, forcing you constantly switch gears and adapt to new circumstances.

Or, it could be that you’ve recently got a new prominent position at work that also comes with lots of change and worries. Other common triggers can include moving into a new home or city, entering a new relationship or ending an old one, and so on.

Another common association we have with lobsters comes from their tough lobster shelves. Essentially the tanks of the ocean floor, lobsters are known for being able to stand their own ground and weather an uncomfortable period by just being tough and defensive.

Dreaming about a lobster defending itself – or even literally of yourself in a lobster shell, fighting off physical threats – can indicate that you’ve been feeling surrounded by threats and dishonesty at work or in your close social circle. This is very common when we have to deal with lots of dishonest people in our daily life or when we’ve just found out that someone we used to trust isn’t actually trustworthy. 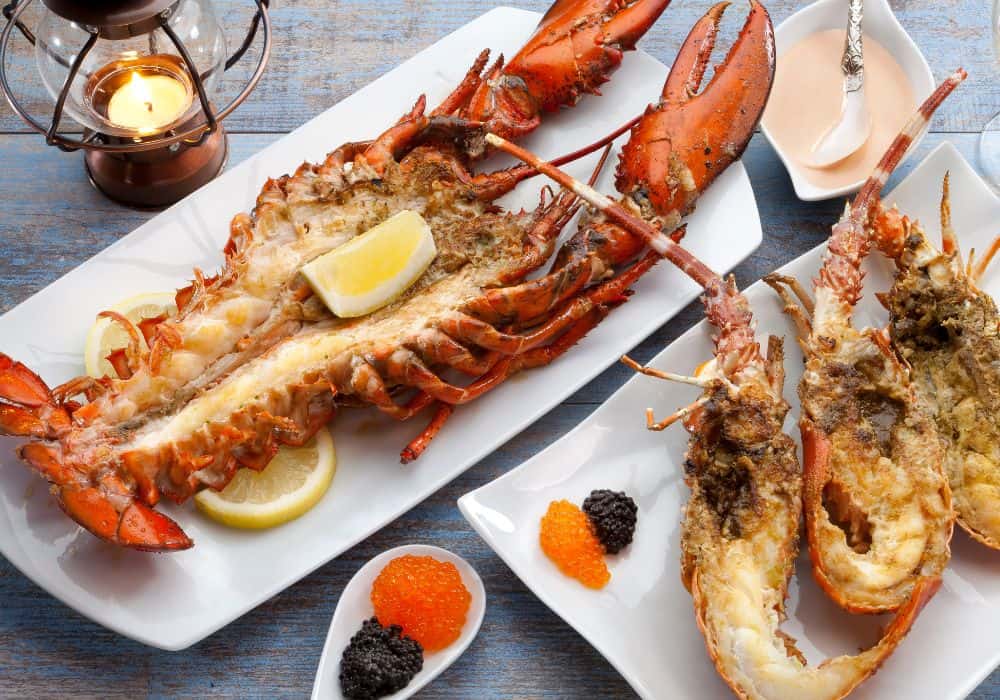 There is another type of dream about lobster dishes with a much more different meaning from the ones above. In this case, the dream includes us messily eating the lobster, with chunks falling off or sticking to our faces.

What’s very recognizable about this dream, however, is that we are usually surrounded by others and yet we don’t care about how we look while eating. This type of dream is often accompanied by the subtle understanding that what we’re doing is something we should be embarrassed about, yet we aren’t.

The interpretation here is pretty clear once we break it down – you’ve stopped worrying about what people think of you. This can be either a good or a bad thing, depending on the context, of course.

Often, we are happy with this development and we have such dreams because we’ve felt constrained by others’ opinions for way too long. Other times, however, it may be a bad sign, meaning that we’ve been going a bit too overboard.

9. You worry you may hurt someone special

If you’re generally conscious about animal life and the well-being of not just humans but other conscious life around us, a dream about killing a lobster or accidentally hurting a pet lobster can be quite worrying for you – after all, lobsters are widely considered as one of the smartest animals on the planet. So, such a dream can indeed be a sign of possible troubles or a sign of your fear of such troubles.

This type of dream is very common for people who are worried they may have hurt or may have hurt someone close to them. If you’ve been feeling like some of your recent actions or decisions have been a bit too reckless or may not be to others’ liking, this dream is quite likely.

Depending on your cultural or religious upbringing and beliefs, you may have certain symbolisms with lobsters that can inform your subconscious mind’s choice of dreams.

For example, in Islam, a lobster dream symbolizes a person who isn’t trustworthy. In Christianity, a similar dream indicates an unclean or unholy act.

In a lot of other cultures, a black lobster dream means your need to stand up for yourself and defend your beliefs. A blue lobster dream can mean a lack of courage and a fear of failure, and a white lobster dream is often interpreted positive omen.

A big giant lobster dream, in most cultures, symbolizes that you’ve been presented with an opportunity that’s unsuitable for you and that you should refuse.

Whether any of these spiritual interpretations have any merit is up to one’s personal opinion. However, if you believe in them, this very well may be your dream’s interpretation.

All in all, a dream about lobster salads, lobsters chasing us, or lobsters interacting with us in any way, is always fascinating but also always meaningful. This isn’t to say that the meaning is always deep and insightful – sometimes you’ve just been hungering after a lobster for a while.

Other times, however, a dream about a lobster can indeed be pretty meaningful if you think about it for a bit. Some self-reflection will be required, of course, but it can lead to a better understanding of certain fears and hopes you may not have internalized yet. 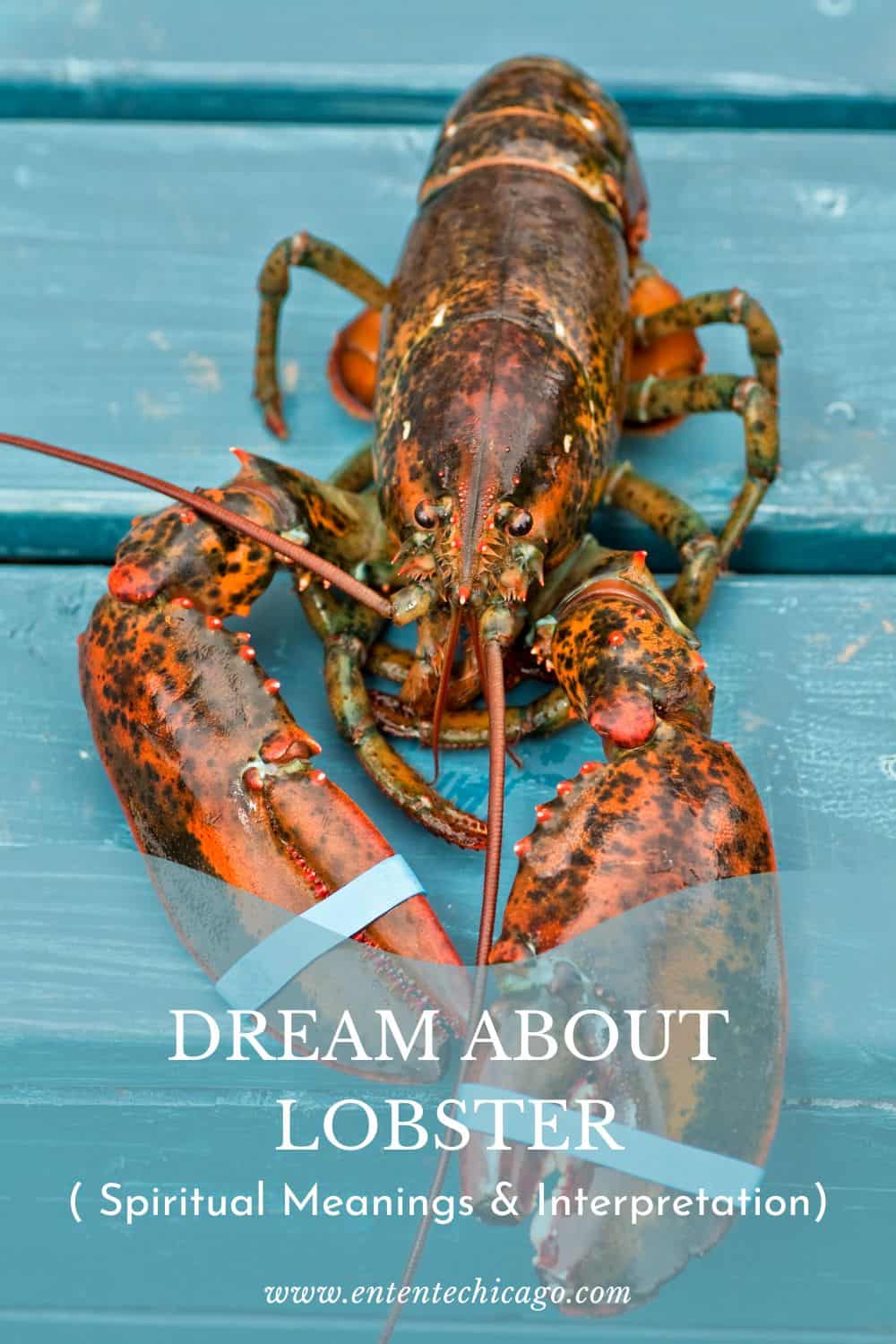