Eyes are incredibly steeped with spiritual symbolism both in and out of dreams. They can seem even more mysterious when they are prominently featured in dreams, however, as deciphering their meaning is often not easy. Does seeing someone’s eyes up close in your dream mean there’s love between you? Hate? Hope? Mistrust?

Either of these is a viable possibility based on what your relationship is with that person in your real life, what the context and details of the dream are, and other such specifics. So, let’s try to lift the curtain on the mysterious dream about eyes and its most likely 12 meanings. 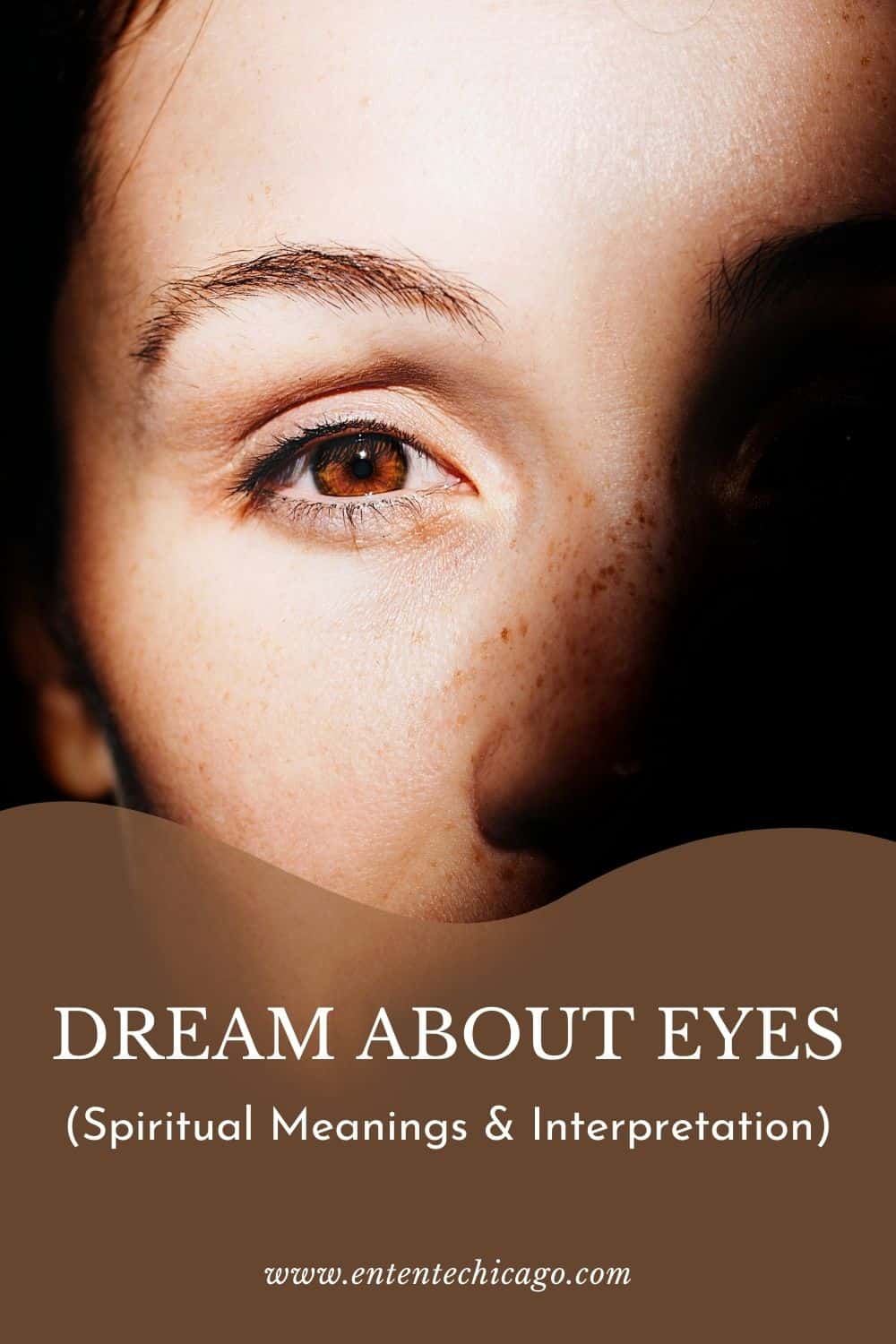 What does a dream about eyes mean?

Eyes are widely seen as the window to one’s soul or the soul’s window to the outside world. As such, they are symbolic of a person’s inner life, emotions, fears, needs, and innermost desires.

Which of all of those applies to your case, however, will depend on the dream’s context – did you see your or someone else’s eyes? Were they teary, bloodshot, clear, wide open, or shut? What else was noticeable about them? What else was happening in the dream at the same time?

Remembering such details is crucial if you want your interpretation of the dream to be accurate. That’s why it’s always recommended to keep a dream journal next to your bed – so you can jot down notes as soon as you wake up. Assuming you’ve done that or just remember a lot of details anyway, let’s go over the most common eye dream interpretations.

1. You are holding back from admitting something to or about yourself

Seeing your own eyes in a mirror or from outside of your body is always a peculiar experience. If you do, you’d probably notice that they tend to be shut eyes rather than open most of the time.

This is usually symbolic of you facing certain emotional obstacles that prevent you from being open with yourself or with others about something that’s weighing on you. The best thing to do in such a situation is to go through some self-reflection and figure out what is it that you’re too afraid to admit.

2. You are trying to understand yourself better

The opposite is also quite common – seeing your open eyes in your dream indicates that you’ve been – or want to be – actively looking for guidance and help in clearing out the uncertainties within yourself. This is especially common in people who are on the road to recovering from depression as well as for those who are always looking for ways to improve themselves.

The colors of the eyes in such dreams can be different from your own but they are usually light and bright, hinting at vitality and hope. It’s also a great joy to dream about your foggy eyes clearing out.

3. You are afraid of someone’s judgment

A very uncomfortable dream to have is that of someone else’s eyes staring at you with a burning focus. This is a clear message from your subconscious mind that you’re feeling under scrutiny, judged, or even actively threatened in your daily life.

The eyes you see in this type of dream can be someone else’s, your own judgemental look from a mirror, God’s eye, or some famous evil eye symbol such as the Eye of Sauron. Depending on the intensity of the look and the context of the dream, this can either mean that you are being scrutinized, judged, or even actively threatened.

4. You are feeling seen and understood 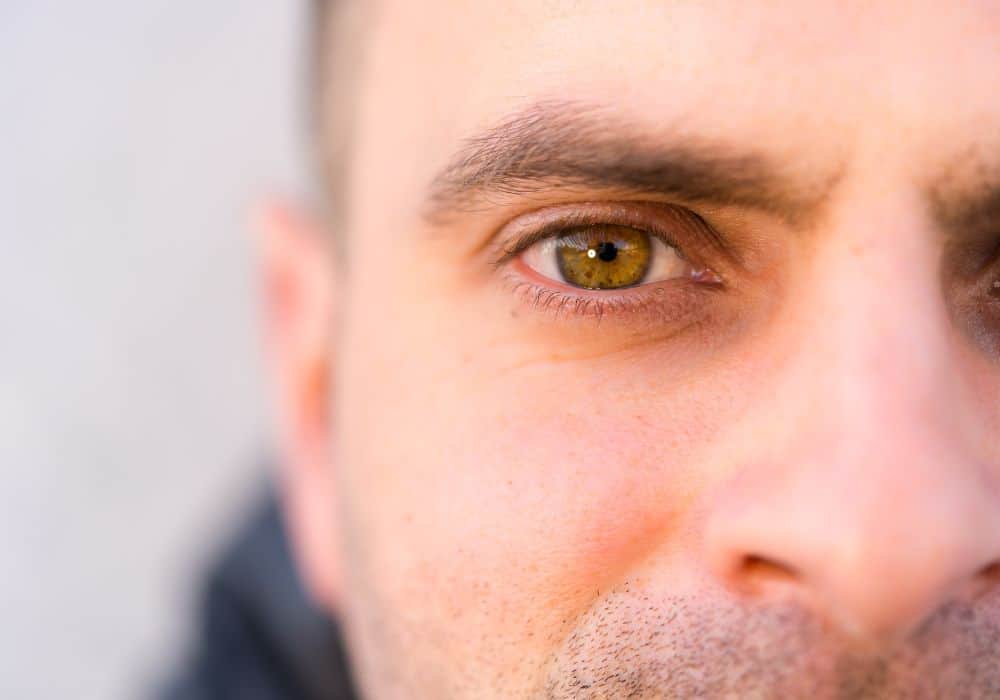 A positive interpretation of dreams of eyes is one where the dream means you’re being thoroughly seen and understood, as well as accepted for who you are. A dream like that is easily recognized by the intense feeling of relief it’s usually full of.

5. Someone you know is desperate for your help and understanding

Those same circumstances can happen to others in our dreams as well as in our waking lives. A dream of someone looking at you with wide open and begging eyes usually means that your subconscious mind is telling you to help that person.

This could be because you haven’t consciously realized that person needs your help yet or because you’ve realized it but you’ve been ignoring it.

6. You – or someone you dream about – are experiencing devastating sorrow

Sad eyes and crying eyes dreams are always as painful to watch as they are in real life. The meaning behind them is also usually the same – the person crying is experiencing a lot of pain and sorrow. The exact interpretation of such a dream will depend on the identity of the crying person and the reason for their sadness.

7. You’ve been hesitant about something

Closed or half-closed eyes in dreams can also signal hesitation, suspicion, disapproval, mistrust, someone’s bad intention toward you, or that you can’t trust your instincts. Such a scenario can be a warning about real-life events or it can be a red flag that your hesitant and overly suspicious nature is sabotaging you.

Knowing which is which can be tricky here, especially since you’re being hesitant and suspicious anyway. The hidden key will be in the dream’s details, as usual, and you’d do well to look for it carefully.

8. You’ve felt in touch with an animalistic side of your personality

Seeing animal or beast eyes in your dream is a clear-cut sign that you’ve been establishing a connection with a more animalistic side of your personality. The exact nature of this side of yours will depend on the type of animal whose eyes you’ve seen in your dream – it could mean passion, greed, prosperity, or many other things.

9. You feel you’re on the road to Enlightenment 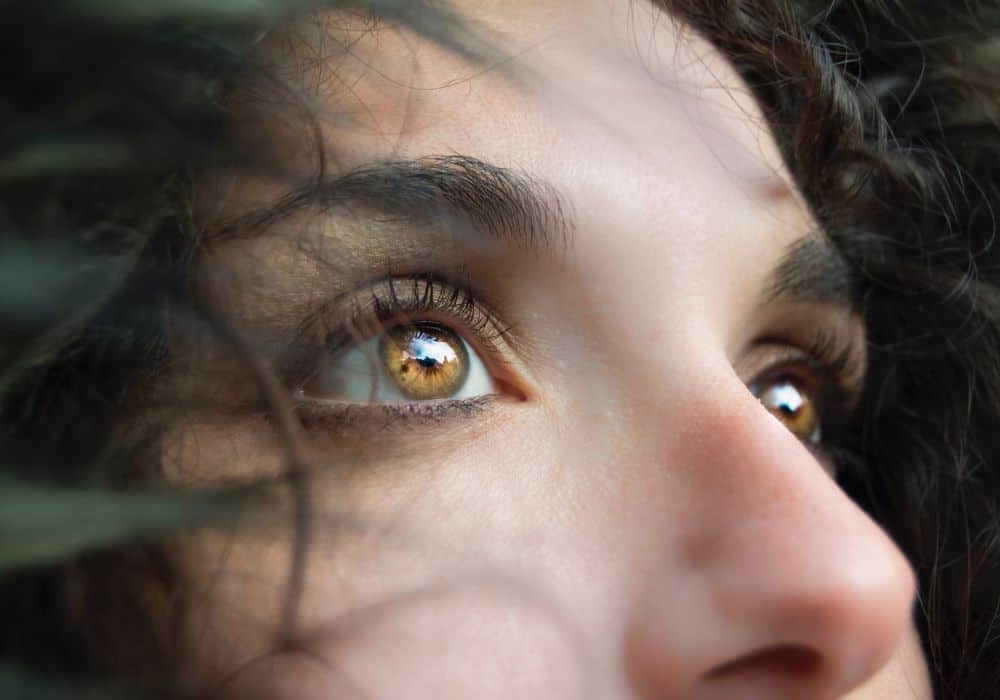 Dreaming of having or seeing a third eye – or of the eye of an animal that’s typically associated with wisdom and insight such as owls and green snakes – will almost always mean that you’re feeling well on the road to wisdom and Enlightenment.

What else does such a dream mean can depend on its context – it could be that you’re feeling well off the road to Enlightenment but you want to correct that. Usually, however, this dream is indicative that you’ve recently been calm and in touch with your intuition and insight.

10. You’re afraid of getting seriously hurt

Dreaming of things such as a black eye, missing eye, red eye, bloody eye, bleeding eye, bloodshot eyes, or an eye injury is usually indicative of a deep-seated fear of being hurt – either from a physical confrontation, from overworking, or emotionally. This fear may or may not be justified but should always be addressed sooner rather than later.

11. You’re falling in love or you’re feeling very passionate about someone

Dreaming of gazing into someone’s beautiful eye, making eye contact with them, or thinking of their trembling big eyes will usually mean that the dreamer wants that person in their love life. This could indicate feelings of love but it could also be just a matter of passion and intimacy.

Such a dream can also have a darker side as it can denote your feelings of jealousy toward someone in your waking life.

12. You’re looking to reconnect with your innocence

Eyes are the windows to the soul, after all. So, if you’re dreaming of your sore eyes clearing, of them changing into light green eyes or blue eyes, of your eyes having extra puffy and beautiful eyelashes, or of your eyesight improving, this often means that your consciousness is getting a new perspective, clarity, or a positive outlook on life.

It could further mean that you’ve finally grappled with a particular emotion that’s been out of whack, or that you’re no longer feeling like a stranger to yourself as you’ve had in the past.

As dream symbols, eyes can have lots of different meanings, some denoting blessings and others – distress.

Noticing the tone of the dream is usually enough to figure out if the symbolism is supposed to be positive or negative but even then there are still lots of options left on the table. It may take some self-reflection to pinpoint the exact interpretation but this also tends to lead to even more self-awareness too. 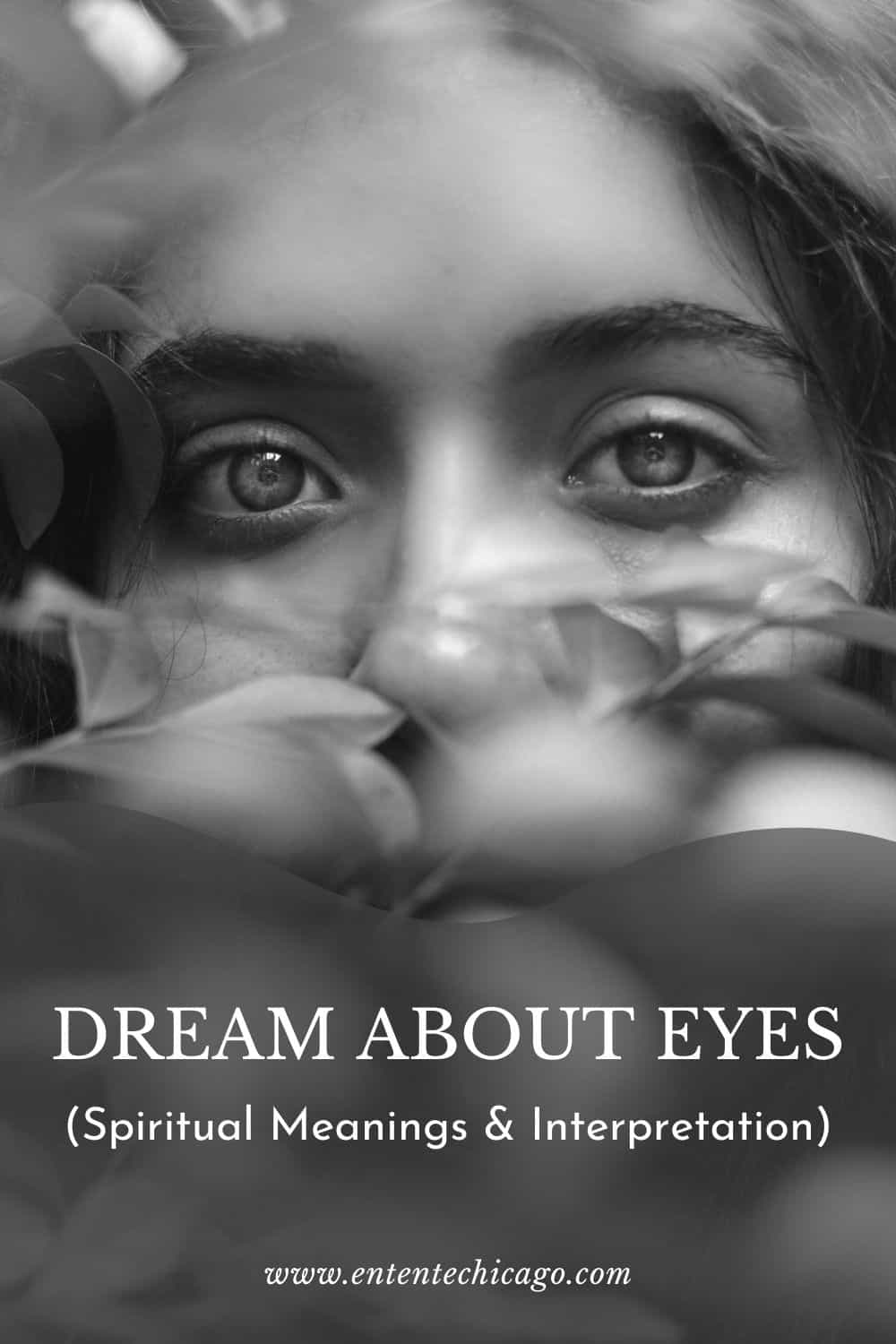